On Being "Hand Built"

Ventana Mountain Bikes are the product of over three decades of off-road bicycling experience.

From their sexy CNC machined suspension pieces down to their smallest cable stop, every piece, of every Ventana frame, is painstakingly produced by Ventana. While other so-called manufacturers market “Hand-Built, American” bikes actually built by large production houses in the U.S. and Taiwan, Ventanas are truly born and manufactured in the same region as the sport itself — Northern California.

At Ventana, we build functionally superior bikes by hand, in-house, to the highest industry standards. We design, machine, cut, weld, heat treat, powder coat and assemble our frames in our shop in the United States of America. We take pride in our workmanship and strive to exceed our customers' expectations in all aspects of their experience with Ventana be it purchasing, riding or service. Ventana owners are a vital part of our growing family of loyal supporters and compatriots. 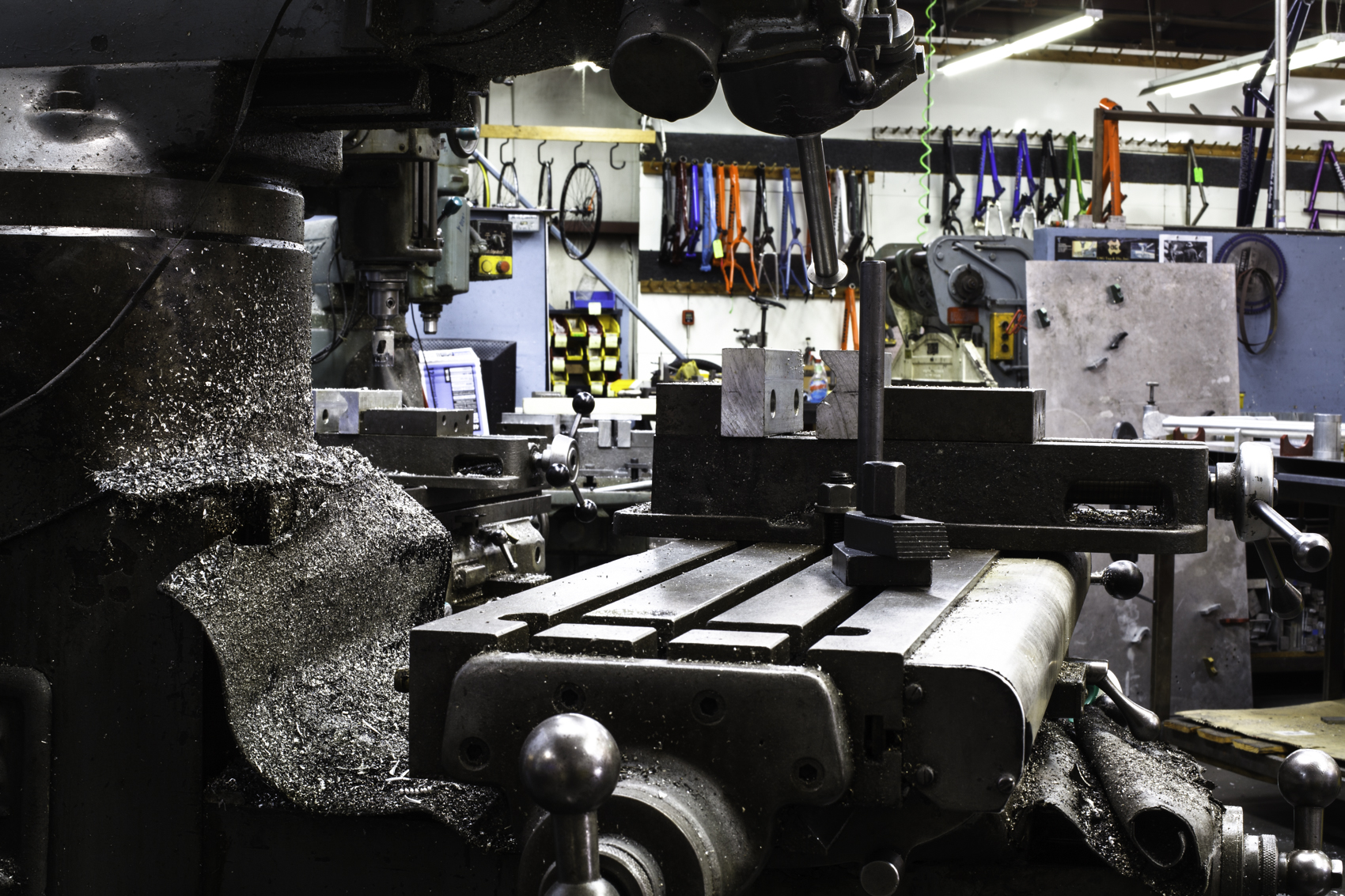 I like my suspension bikes to corner tight and not wander when pushed hard into rutted, off-camber corners. I expect the bike to take an off-axis, crossed-up landing without twisting in the middle and putting you on the ground. I like to fly into a rock garden at speed and be able pedal through it without getting a bunch of suspension feedback at the pedals.

Over the years, I have looked into all manner of suspension designs including Lawwill, Horst, VPP, high-forward single pivot, dw-link and numerous others—and invariably come back to the single-pivot, multi link-driven shock system we use at Ventana. It allows me the most flexibility in design, with the least amount of compromising required to meet my above criteria. It’s not flashy or fad driven, or even that fun to talk about, but it sure is a blast when it matters—on the trail.

I have always liked figuring out elegant ways to build stuff. When I go to an amusement park with my family I have much more fun inspecting and figuring out how they build those contraptions than I do actually riding on them. I go on the rides I think are built well, and I stay off the ones that look like the weld spec was from bazooka or bubalicious. And much to my wife’s chagrin, I carry this obsession right down to the light fixtures and hand rails guiding us up to the launch platform.

I like simple elegant solutions to complex design problems. And with Ventana, I like to figure out how to accomplish this by myself without outside influence whenever possible. Years ago when I was designing the Ventana Marble Peak FS full suspension bike I spent months with my nose to the CRT and I devised a bike that I thought was distinctive and functional with an emotional draw due to my attention to the finer details of fabrication. I did this not because I wanted to sell a ton of them, but for the much more selfish reason that I wanted to impose my interpretation of a simple design to a complex problem.

The same week I completed the design and started working on the prototypes, I received the newest issue of MBA in the mail. Inside was a first look at a “wild” new bike RC (then of Mantis) had built as a one-off for John Tomac. The design was so similar I was seriously taken aback (ask anyone who worked for me at the time, they will remember). I considered my options and ultimately decided to push forward with production. Why? Because I knew I had come up with the design and manufacturing solutions entirely by myself and I had not been influenced in any way by RC’s bike or anybody else’s. I felt solid in my ethics and I felt that I had actually come up with a cleaner version of the same basic concept.

I have since used that same approach in designing all Ventana’s frames. You could call that designing in a box, but I think of it as unclouded creativity where I can use my design tool box to make simple solutions to complex problems. Over the years, Ventana’s reputation has grown to be something bigger than reality and each new design has increasingly bigger shoes to fill. But our reputation is fundamentally built on solid designs, honest communication, and top notch execution of production. And I like that challenge.

In the years of Ventana’s infancy, I worked as a Composites Design Engineer for an aerospace company. My boss was a Design Engineer who conceived and developed the Kestrel EMS carbon fiber road fork. When things were slow we would sit around in his office with a bike mag opened up to a mail order page that posted actual weights of every component they sold and we would devise and scheme how to make the lightest this or that, the stiffest this or that and what not.

Now this is a guy who had made arguably one of the most significant contributions to the biking world at the time and one day I asked him what design he wished he had come up with, if any. You know what he said? The Jack-O-Knife. Why? Because it was simple, elegant, cheap, and everybody needed one. You can hardly carve a pumpkin today without one. Yep, I had to agree.

And since I haven’t seen any bike companies come up with the ultimate Bike-O-Whatever so far, regardless of what their marketing tells us, I will continue designing my bikes, my way, imposing my influence on the way I think bikes should be made. Ventana … you can like ‘em or hate ‘em, but they are all me.

From MTBR Forum: "Questions for Sherwood" 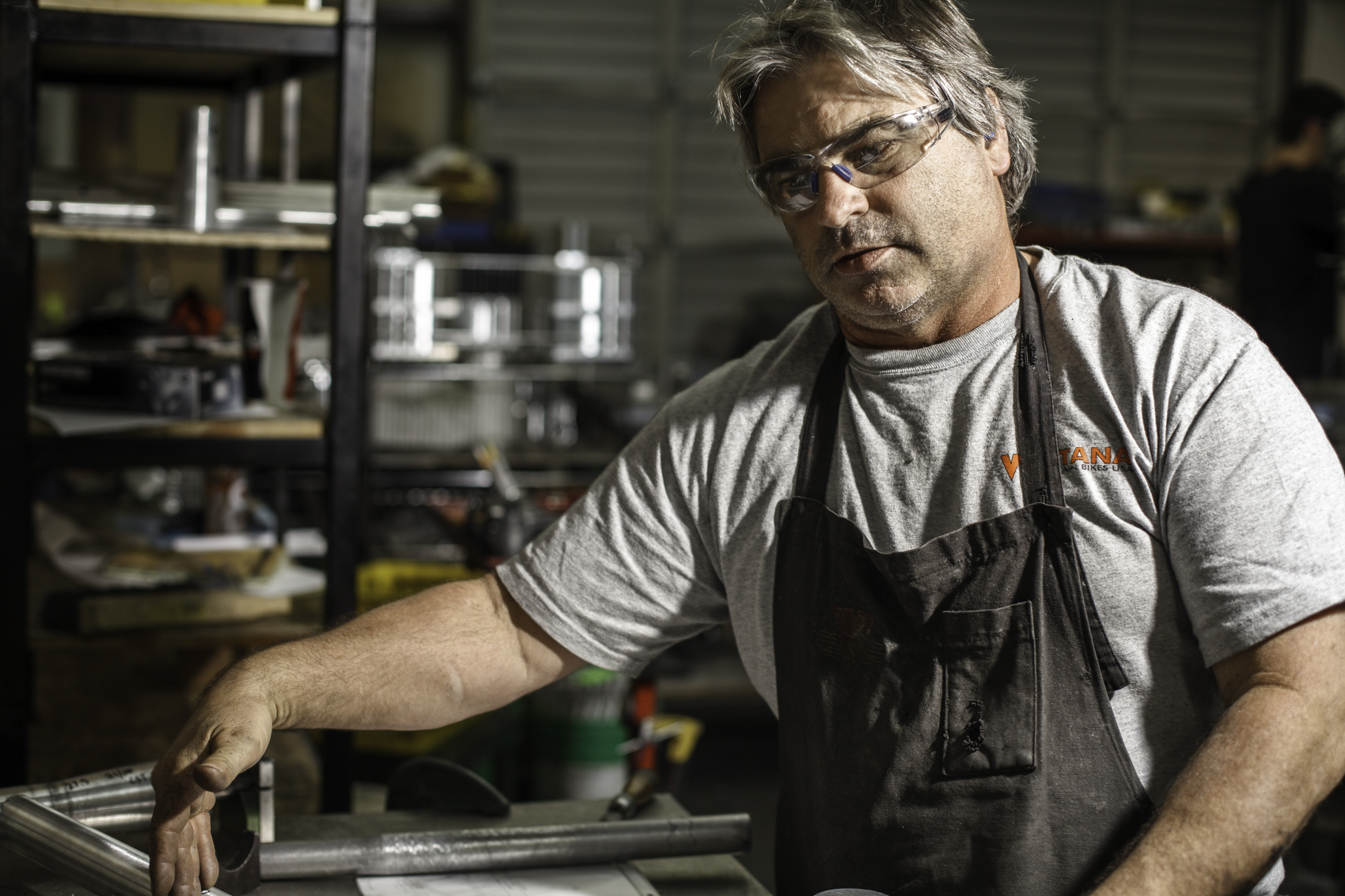